By TOP Clinic , On 2nd April 2019 Comments Off on Bed-wetting 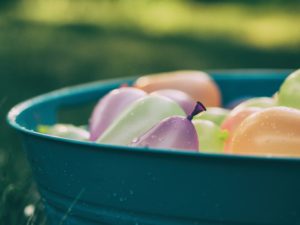 Commonly called bed-wetting, enuresis can also occur during the day. Enuresis is typically not a concern before the age of 5. When enuresis does occur, it can restrict activity and cause humiliation. Most children outgrow this on their own or with bladder training techniques.

Enuresis is a pattern of involuntary discharge of urine by a child age 5 and over. It can be psychologically distressful and a source of embarrassment for a child, but not physically harmful. Enuresis places a child at risk of being a target for name-calling and teasing from peers, which can damage their self esteem and place him or her at risk of rejection. The presence of enuresis can place a limit on participation in highly desirable social experiences such as sleepovers and summer camp. The child may also have to face anger and humiliation from parents.

Enuresis can be nocturnal-only or diurnal-only. Nocturnal enuresis is the most common form and is defined as passage of urine only during nighttime sleep. Diurnal enuresis, the voiding of urine only during waking hours, is more common in females than in males and is uncommon after age 9. Daytime incontinence can occur because a child experiences social anxiety or is so preoccupied with school or play activity that they postpone urination until it is too late. A combination of nocturnal and diurnal enuresis can occur but is less common.

Primary enuresis refers to a condition whereby the child has not established at least six months of continuous nighttime control after reaching age 5. Secondary enuresis, whereby children establish urinary continence and relapse after age 5 or 6, is less common and is associated with stressful life events.

Roughly five to ten percent of children still wet their beds at age 5. Only three to five percent do so by age 10, and this statistic decreases to one percent by age 15. Only one out of 100 children who wet their bed continue to have a problem in adulthood.

Primary bed-wetting can be due to a delay in the maturation of the part of the nervous system that controls bladder function. Another cause for children who urinate during the night may be a deficiency of the antidiuretic hormone ADH. The presence of this hormone concentrates urine and prevents the bladder from filling up during sleep. Young children do not have a sufficiently mature signaling mechanism between the bladder and the brain to become aware of a full bladder. Consequently, they fail to wake up and may wet their bed.

Secondary bed-wetting may be due to either psychological problems or medical disorders, such as a urinary tract infection, urinary tract abnormalities, or diabetes. Psychosocial stress and delayed or lax toilet training can also cause enuresis.

Compared with other kids, children with PNE seem to have more trouble waking up at night. They may also produce more urine during the night.

For example, a study of Swedish kids found that kids with PNE were more likely to be described by their parents as “heavy sleepers.”

These kids were also harder to arouse from sleep in a laboratory test.

Does nocturnal enuresis indicate that a child is socially-maladjusted or emotionally-troubled? No.

The kids in the Swedish study were not more likely to suffer from emotional problems or conduct disorders.

There is, however, evidence that children with chronic bed wetting problems suffer from lower self-esteem (e.g., Collier et al 2002; Kanaheswari et al 2012). But the causation seems pretty clear — kids are embarrassed and upset by their condition. When they are treated successfully, their self esteem improves (Longstaffe et al 2000).

There is also evidence that children with ADHD are at higher risk. A large study of 8- to 11-year old American children found that kids with ADHD were more likely to show symptoms of nocturnal enuresis (Shreeham et al 2009).

Does bed-wetting have a genetic basis? That seems likely.

For instance, mothers who report having to urinate frequently during the night are more likely to have kids who wet the bed (Montaldo et al 2010).

Researchers speculate that certain traits–like the amount of urine produced at night, or the tendency to sleep deeply–might be controlled by our genes (Schaumburg et al 2008; Wang 2007).

Approximately 75 percent of all children with enuresis have a direct biological relative (parent or sibling) who has the disorder. Furthermore, the co-occurrence rate for identical twins is 68 percent and 36 percent for fraternal twins.

Kids suffering from nocturnal enuresis don’t wet the bed on purpose or because they are lazy.  Shaming a child for wetting the bed can lead to poor self-esteem and feelings of low self-worth. Punishments are inappropriate and counterproductive

To date, it’s not clear that bed wetting per se has any negative effects on children.

But in the few studies that do report negative effects, these are about feelings of embarrassment, shame, or poor self-image (Collier et al 2002). And, as noted above, secondary nocturnal enuresis has been linked with stress. So making kids feel bad about bed wetting is likely to make things worse (Glazier et al 2005).

Circumstantial evidence supports this idea. In a study of British children, parents who expressed displeasure in response to early bed wetting episodes were more likely to have kids who still wet the bed at age 7 1⁄2 (Butler 2005).

What can I do to help my child who is bed-wetting?

Some physicians recommend trying rewards anyway, on the grounds that it can’t hurt.

When parents offer rewards to kids for staying dry at night, the implication seems to be that bed-wetting is under conscious control. This can be confusing.

Kids wet the bed while they are asleep. And I’d wager that most kids want their parents to understand: Kids are already motivated. They don’t need bribes. If they could wake themselves up, they would do it.

Recent research suggests that alarms are more effective than desmopressin.

In studies testing the effectiveness of alarms, kids slept with bed wetting alarms every night for 12 weeks. Approximately half the kids stopped wetting the bed (Glazener et al 2005).

And alarms seemed to work even better when training programs included an “overlearning” component—which means giving kids extra fluids before bedtime so that they have more opportunities to learn (Glazener et al 2005).

If you are concerned about your little one, please feel free to book a consultation with one of our online psychologists.

Get in touch today.